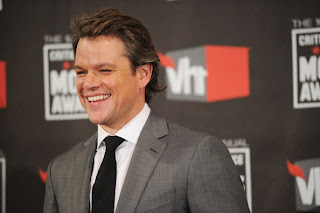 Some interesting news has hit today. Matt Damon revealed in a recent interview that he almost played the role of DAREDEVIL, the part that eventually went to Ben Affleck.

Damon stated that he decided against the role because he had reservations about director Mark Steven Johnson. He goes on to say, “I would have done Daredevil. Ben and I loved that comic book but I just didn’t quite believe in the script or the director at the time.”

I may be one of the few people that actually enjoyed PEARL HARBOR, but don’t worry I loved SAVING PRIVATE RYAN even more. Damon and Affleck are both extrememly talented, but have definitely had a different career path since winning the Oscar. I have always been a fan of Ben Affleck, even though he made some bad choices in his past roles. Since directing The Town his star status has increased. Damon stated that he was happy to see people’s perceptions of Affleck change following The Town.

Damon went on to say:

“People always want to make a distinction between me and Ben. ‘OK, well, which guy wrote that? Who’s the talented guy? Who’s the clinger? Oh well, I see, it’s Ben, that’s the Michael Bay guy and Matt’s the Anthony Minghella guy, right?’

“The reality is that if Michael Bay had offered me Armageddon when Good Will Hunting was in the can, which was when Ben got offered the role, I would have taken it too. I would have taken any job that any director offered me at that point. And if Ben had been offered Saving Private Ryan he would have done it, but suddenly I became the serious one. It’s all bulls**t.”

One of the reason’s I love both Damon and Affleck is that they not only are great actors, but they cut through the BS and are real guys. What are your thoughts on this news?
Source: DigitalSpy