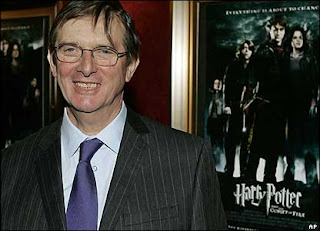 Stephen Woolley and Elizabeth Karlsen are set to produce the film which tells the story of a humble orphan who winds up as a gentleman following the largesse of an unknown benefactor.

David Lean was the first to direct a film on the book in 1948 and the adaptation garnered Lean Oscar nominations. The film itself won a bunch of  technical Academy awards.
The British Film Institute is also planning the largest ever retrospective of film and television adaptations of Dickens’s work which will go on a global tour in 2012 taking in the Museum of Modern Art in New York and the Cinematheque Francaise in Paris.
The film will be released as part of a year-round celebration of Charles Dickens’s bicentenary in 2012. Dickens 2012 is co-ordinated by the Charles Dickens Museum and Film London with backing from The Dickens Fellowship. The BBC is planning on airing a BBC Dickens season, which will include new dramas and documentaries and an Arena documentary on the author’s work as portrayed on film.
Dikens was the most popular author of the Victorian era and is considered one of the finest novelists of all time. He was born on Feb. 7, 1812 and lived in London for the majority of his life.
What are your thoughts on this news? Do you like Dickens’ books? What is your favorite Great Expectations adaptation?
Source: THR