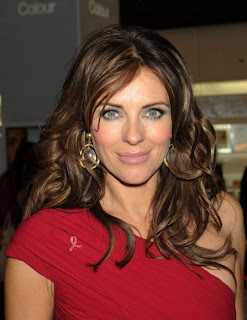 Elizabeth Hurley has joined the cast of the upcoming pilot for NBC’s Wonder Woman. She is expected play Veronica Cale, the villain in the show opposite Adrianne Palicki in the pilot from David E. Kelley (Boston Legal, Ally McBeal, Harry’s Law).

Hurley is best known for roles in AUSTIN POWERS and BEDAZZLED. She Tweeted the following message:

The series pilot will be a reboot of the DC Comics title in which Wonder Woman– a/k/a Diana Prince – is “a vigilante crime fighter in Los Angeles but also a successful corporate executive and a modern woman trying to balance all of the elements of her extraordinary life.”

Kelley and Bill D’Elia are serving as the shows executive producers. Kelley wrote the pilot episode which will be directed by Jeffrey Reiner (NBC’s The Event).