A Live-Action Uncle Ruckus Movie Might Be Coming Your Way

Boondocks fans, you’ve probably been sitting on pins and needles waiting for the season 4 release date. I totally get how you feel because it’s been the same for me. So when they announced that there would be a big Boondocks announcement today, I thought for sure Aaron McGruder was finally ready to tell us when we could expect the return of the Freeman’s. Boy was I ever wrong. Sorry guys, we still don’t know when it’s coming out. This was the announcement he gave instead:

“We are raising funds for an R-rated theatrical comedy featuring Uncle Ruckus, to be produced this year. The movie will be written and directed by AARON MCGRUDER, and stars GARY ANTHONY WILLIAMS – who does the voice of Uncle Ruckus on the animated series. The story, which is currently being written, will not involve any of the other regular BOONDOCKS characters, but rather explore a part of the Ruckus family not seen in the show.”

Yup. You read that right. A live-action movie about Uncle Ruckus. I swear, it’s real. This news didn’t come from madeupmonkeyshit.com. Now you’re probably wondering why. Don’t worry. He was prepared for that one too.

“There’s always been interest in a live-action Boondocks movie, which to me was out of the question considering Huey and Riley are essentially impossible to cast. The animated feature would cost around 20 million, but a live action Uncle Ruckus movie could cost a fraction of that. So just for the hell of it we had the costume made and it was pretty amazing. To see Gary actually transform into Uncle Ruckus… it’s quite the surreal experience. I never expected the transition to be so completely seamless.”

Apparently this is an independent project and Sony and [AS] aren’t involved, so that’s why he’s using Kickstarter to raise money.

So if you’re interested in seeing an Uncle Ruckus movie, there you go. Go donate at the Kickstarter page. (The $25 donation seems like the best bet because you get the DVD. Also, with every donation you get special access to McGruder’s production blog, so if you want special updates from the man himself, you might want to get involved.)

For more information and to back the project head over to uncleruckusmovie.com 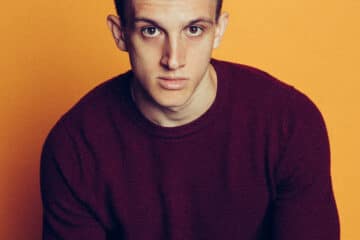 A Live-Action Uncle Ruckus Movie Might Be Coming Your Way