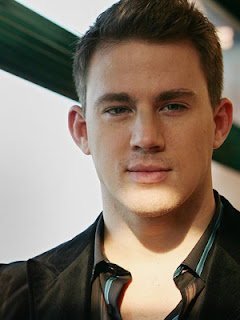 Get ready for a new Peter Pan film to take flight!  Channing Tatum, screenwriter Billy Ray and producer Joe Roth have joined forces to pitch a Peter Pan film to studios. The film will reportedly focus on the origin story of Pan and carries the title PETER PAN BEGINS.

It makes sense that Roth is involved in this project, he produced ALICE IN WONDERLAND and is currently casting OZ, THE GREAT AND POWERFUL at Disney with James Franco and Mila Kunis starring. He also has SNOW WHITE AND THE HUNTSMAN at Universal with Kristen Stewart and Charlize Theron in the leads.

No studios have yet to bid on this project, but with Ray and Roth on board I am sure it will be announced soon. Ray wrote and directed SHATTERED GLASS and BREACH and recently wrote the adaptation of THE HUNGER GAMES for Lionsgate. He’s currently adapting SECRETO, which he plans to direct.
Even though there has been many a film about Peter Pan, the origin story of Pan has not been done to death. The only concern I have with the project is the fact that Tatum is involved.
What are your thoughts on this news?
Source: THR