I love it when I am watching a screener and my wife is working on whatever and just gets sucked in. That is the case with Followed. Sadly, she enjoyed the film better than I did.

This is the second film in as many months that features a “social media influencer” as the lead character in a horror film. That did nothing to influence my opinion of this film. You can ready my review of No Escape, which is definitely worth checking out.

Found Footage has never been my favorite horror genre, as I have stated a number of times before. There are only a handful of films that have worked in my opinion Blair Witch being the original and Best for a reason.

One of the things that worked most with Blair Witch was the fact that there was such a small confined space that the majority fo the film took place in. Isolation always creeps me the fuck out, which Followed has going for it. The moments in the basement are creepy as fuck. I have always been creeped out by basements though since I was a kid.

If you are looking for a found footage film, this is definitely a modern day take on a the genre. It has a number of scary moments and leaves you wondering what is coming next. The only problem is that there is nothing new that Followed brings to the table that we haven’t seen before.

When aspiring social media influencer “DropTheMike” is offered a lucrative sponsorship to grow his channel, he’s joined by his video crew on a visit to one of the most haunted hotels in America, where he’ll give his audience a horrific night of thrill-seeking the likes of which they have never seen before. What begins as a fun investigative challenge including the infamous Elevator Ritual quickly descends into a personal hell of true evil, begging the timely question: how far would you go to pursue internet fame?

FOLLOWED is inspired by real events at the Hotel Cecil in downtown Los Angeles, and is part of a growing list of “Screen-Life” films – films whose stories are told by way of a computer screen recording. The award-winning feature is the first horror film to do so entirely through a series of YouTube-like vlogs. 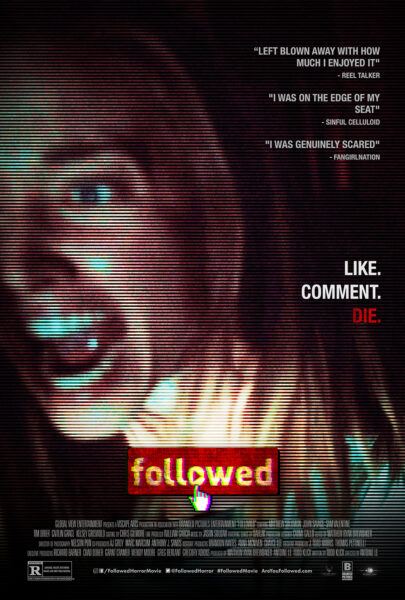 Followed arrived on VOD on September 1. This review was meant to go up much sooner, but the recent site migration hiccups delayed this post. 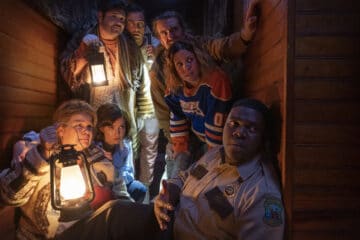 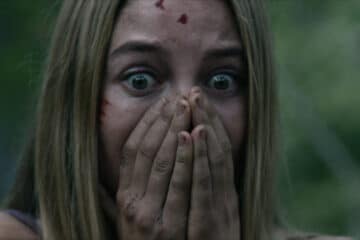