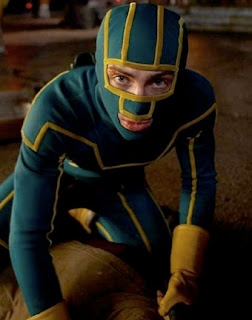 All hopes of a Kick-Ass sequel have flown out the window today!
We shared reports from Chloe Moretz stating that all the talk of a sequel was simply rumors. Today, Jane Goldman put another nail in the coffin. She took to her Twitter to put an end to rumors of a sequel. In the first tweet she confirms she is not writing the script. The second tweet  mentions that Matthew Vaughn‘s next project “looks unlikely to be KA2“.

These two tweets are bad news for a sequel because they negate all prior rumors and put a halt to any momentum a possible sequel had. The longer we have to wait the older the stars get and the more fans stop caring about the material.
I love the first film so this is horrible news. I would have loved to see a sequel to this film instead of the numerous remakes and reboots in the works. Kick-Ass was one of the best times I had at the theater so let’s hope things turn around quickly.
What are your thoughts of this news?
Source: The Film Stage