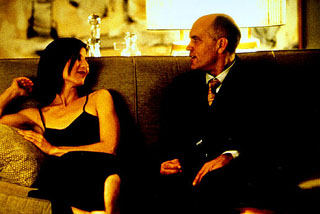 It looks like Catherine Keener and John Malkovich may be set to reunite on screen for a new film!

Catherine Keener and John Malkovich could reunite on screen in a new film from director Jesse Peretz (My Idiot Brother). Peretz is working on a new family drama called What’s This S%^@ Called Love?. According to the LA Times, He wrote the script and has been talking to financiers. He told that time that Catherine Keener and John Malkovich are attached to star in the movie. If a deal is inked, this would mark the first time that the two have been on-screen together since Being John Malkovich.

Tim Perell (Last Chance Harvey, The Rebound) is producing the film which is set in Cambridge, Mass., during the 1980s, which is the same time and place that Peretz grew up.

The film centers on a teenage boy who’s contemplating coming out. But in a twist, his ultra-progressive family actually wants to celebrate the boy’s newfound sexuality, while all the boy wants is to be left alone. Keener and Malkovich would play the parents.

Peretz has compared What’s This S%^@ Called Love? to Noah Baumbach‘s  The Squid and the Whale by saying, “It’s kind of like that, but maybe a little more positive.”

I’d love to see Keener and Malkovich on screen again what about you?