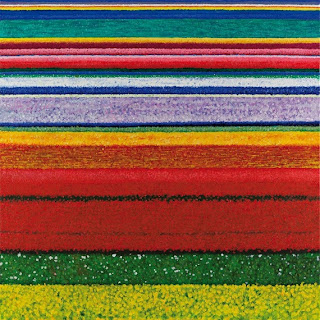 Good news for music lovers today. Dallas Green, the lead singer of Alexisonfire announced he’s releasing his 3rd solo album under the moniker of City and Colour. The new album is titled Little Hell and is set for release in June from Vagrant Records. Keep reading for more details on the new album and to see the upcoming tour dates.

(February 23, 2011 – Toronto, ON) Dallas Green – lead singer of acclaimed band Alexisonfire – has announced that he will be releasing his 3rd solo album as a singer-songwriter under the monikerCITY AND COLOUR on Vagrant Records. The album titled Little Hell is scheduled for release in June 2011 and is the highly-anticipated follow-up to the 2008’s Bring Me Your Love, which was certified platinum in Green’s native Canada. Billboard called the album “warm and intimate” and Alternative Press said, “picture-perfect imagery and a brutal honesty that throws back to a time when talent meant skills, not studio trickeries… an inspiring album.”

Little Hell was recorded earlier this month at Catherine North Studios in Hamilton, ON with producer/engineer/mixer Alex Newport (At The Drive-In, Mars Volta, Death Cab For Cutie). The album track listing and official release date will be confirmed in the coming weeks, however, City and Colour reveals the upcoming album artwork HERE.

Fans got a sneak preview of a brand new track from the upcoming album when an alternate version of the song titled “Northern Wind” recently made its debut on a special Valentine’s Day episode of the hit series One Tree Hill. Green performed on the episode as part of the show’s story line.

Green – who has won Juno’s (Canadian Grammy’s) for ALTERNATIVE ALBUM OF THE YEAR (2007), SONGWRITER OF THE YEAR (2009), had the distinction of hosting the 2010 Juno Songwriter’s Circle.

Green will be playing select US shows and festivals this Spring, including a highly anticipated stop at this year’s SXSW, Coachella and Sasquatch festivals. Watch this space for additional info.

Buy City and Colour’s Bring Me Your Love

by clicking on the links.

The FADER FORT by FIAT announces official details for SXSW in Austin, TX!