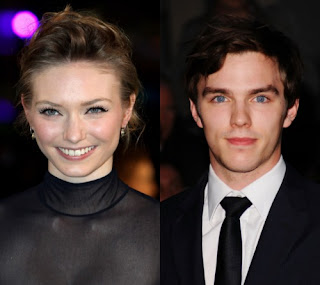 Eleanor Tomlinson has been cast in the lead role of Bryan Singer’s JACK THE GIANT KILLER for New Line and Legendary Pictures. She will star opposite Nicholas Hoult in the role of Isabella, “the princess who runs away from the kingdom and is kidnapped by the giants. Before that happens, she runs into Jack, the son of a farmer and makes a strong enough impression that he leads a mission into the land of the giants to get her back.”

The role comes after an extensive search by Singer who finally decided on Tomlinson. She has starred in THE ILLUSIONIST, ANGUS THONG and PERFECT SNOGGING. She recently starred in ALICE IN WONDERLAND, but this is the biggest role to date. The casting comes at a great time with filming set to begin in London soon.

I love Hoult and think that Tomlinson is a great addition. What are your thoughts on this news?
Source: Deadline